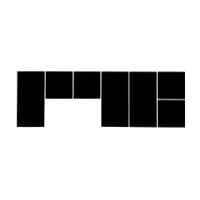 Your cart is empty! Start shopping
Vector Wave DIY KIT back in stock --}

RYK Modular was formed in 2009 and released its first module the M185 sequencer in the Roland System 100m format.

The M185 was licensed to Intellijel who based their popular Metropolis and Metropolix sequencers on its design.

We have since developed the M185 in Eurorack format, featuring more advanced stage gate controls, and also the ability to split sequences in half.

We have also released a new module for the Roland System 100m format, the M175 Triple Resonator.